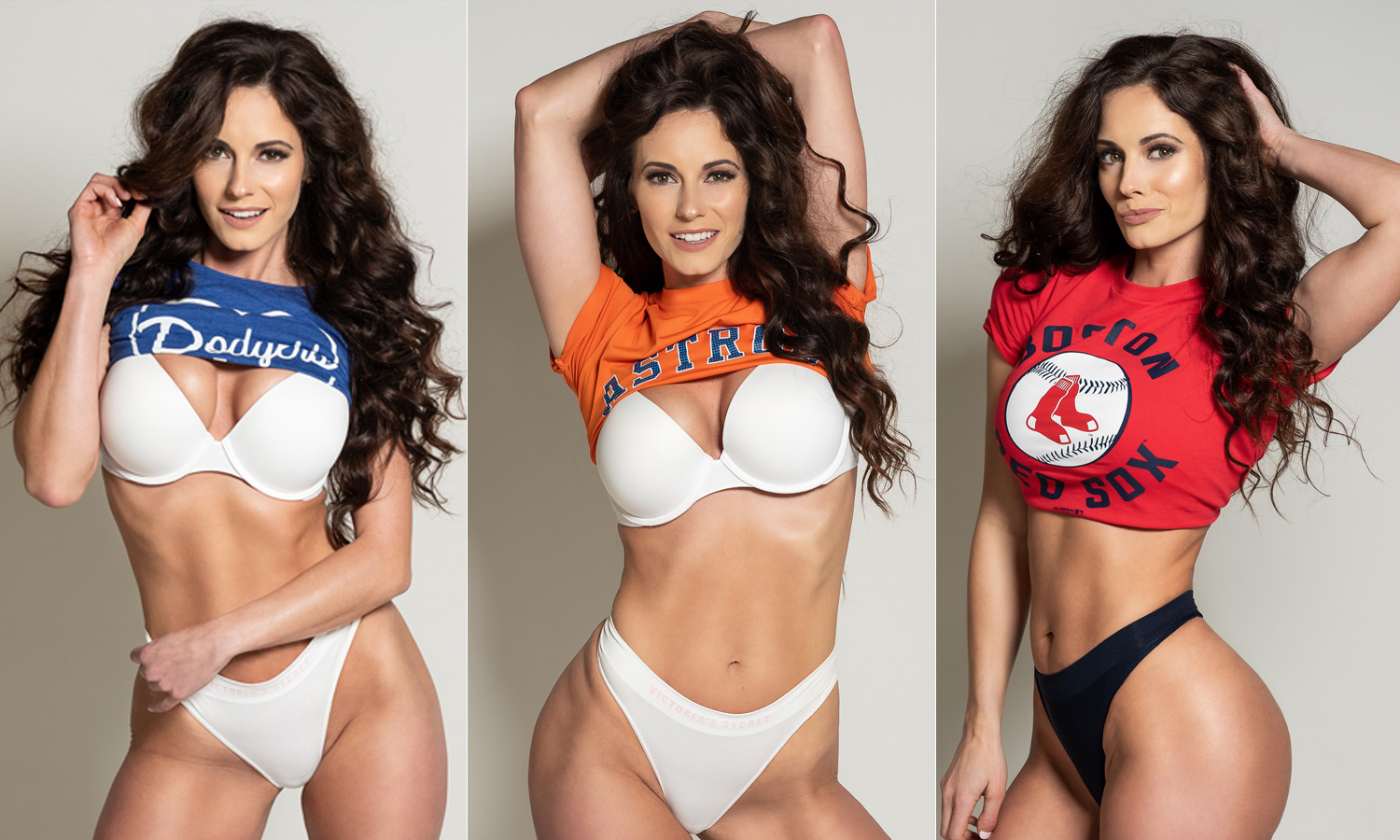 Honestly, while you can look at each team at the start of the season and guess who may win based on the roster, but injuries, trades, team morale, etc. can all change that. I think the Houston Astros and the LA Dodgers are going to see a full rematch of the World Series in 2017. Sorry, Dodger fans I predict that they will come up short for the third year in a row, making the Astros the WS Champs.

While they were unable to land Bryce Harper or Manny Machado, the Los Angeles Dodgers still managed to improve their team this off-season. The signing of center fielder A.J. Pollock bolstered an already deep lineup. The Dodgers are also hoping to see a healthy Corey Seager play at least 150 games at shortstop for the first time since 2016. In addition to their amazing lineup, the Dodgers also have a great starting rotation. Clayton Kershaw and Rich Hill may be forced to miss some time early in the year, but Los Angeles will not lose much production by replacing them with Julio Urias and Ross Stripling.

The Los Angeles Dodgers simply have the deepest roster in the MLB. Injuries and slumps happen to every team during a long season, but the Dodgers will be able to use their depth to weather the storm and avoid long losing streaks. This will help them easily cruise to a National League West division title. It will also not be shocking to see them return to the World Series for the third straight season.

It is hard to improve a lineup that led a team to more than 100 wins the last two seasons, but that is exactly what the Houston Astros managed to do this offseason. Left field was always the one major hole in their amazing lineup, and they quickly filled that gap by signing Michael Brantley. The Astros are also one of the few teams that can manage to lose two starting pitchers without getting worried. They easily replaced Dallas Keuchel and Charlie Morton by transitioning Brad Peacock and Colin McHugh from the bullpen to the rotation. Houston can withstand any struggles from the back end of their rotation thanks to their deep bullpen led by Roberto Osuna and Ryan Pressly.

The Astros may see their win total drop this year, but they will still have no problem winning the American League West division. With Justin Verlander and Gerrit Cole at the top of the rotation, they are set up to make another deep run in the playoffs. Do not be surprised if the Astros win their second World Series in the last three years.

The St. Louis Cardinals are known for being one of the most consistent franchises in baseball, but they have failed to make the playoffs the last three seasons. This shocking streak should end in 2019. Trading for Paul Goldschmidt gives the Cardinals the power bat they desperately needed in the middle of the lineup. This addition will only help the rest of the lineup produce at a higher level. The back of the bullpen was a huge concern for St. Louis last year, but they took care of that issue by signing Andrew Miller.

The Cardinals may be playing in the toughest division in Major League Baseball, but they have enough talent to become NL Central champions this year. The only thing that will hold them back from a deep playoff run is a lack of depth in the starting rotation. There is nothing wrong with having Miles Mikolas and Jack Flaherty at the top of the rotation, but they just do not match up well against the top starters of the other National League playoff teams.

The best power hitting team in baseball is dealing with a few injuries entering the season, but that should not stop them from lighting up the scoreboard. Acquiring Troy Tulowitzki and DJ LeMahieu give the Yankees the depth they lacked last year. An improved pitching staff will also be able to help compensate for the early injuries to Aaron Hicks and Giancarlo Stanton. James Paxton and JA Happ are two excellent additions to the rotation. New York also found a way to improve the best bullpen in the sport by signing Adam Ottavino and Zack Britton. If the powerful offense somehow struggles, the deep pitching staff will let the Yankees win a lot of close ballgames.

With so many key pieces out, expect the Yankees to get off to a slow start. Once hot summer weather hits the country, New York will find their way to the top of the AL East standings. This is the year they finally dethrone the Red Sox for the division title. A trip to the World Series is also not out of the question for this talented team.

While the Cubs were extremely disappointed in their performance last year, they still decided to avoid making any big moves in the offseason. Chicago is hoping a full season from Kris Bryant, Cole Hamels, and Yu Darvish will be enough to get them over the hump. A healthy Bryant gives the Cubs three MVP candidates in the middle of their lineup. They will score plenty of runs, so the performance of an aging pitching staff will ultimately determine the success of the Cubs in 2019. Even if Darvish does not return to form, Chicago should still get enough from their pitchers to earn a Wild Card berth.

While the Cubs will make their fifth straight postseason appearance, another early exit should be expected. Pitching is often the major difference maker in a close playoff series, and this is Chicago’s biggest weakness. While Jon Lester and Kyle Hendricks are solid starters, they are not the type of pitchers you want starting the key games in the playoffs. If the Cubs want to compete for a World Series, then they need to make one big move.

The Boston Red Sox are another team that decided to stand pat in the offseason, but it is not hard to blame them after winning the World Series last year. Despite making no additions, the reigning champs still have the best lineup in all of baseball. This dangerous lineup will get even better if Rafael Devers develops like the team thinks he can. The only major change to last year’s team is the loss of closer Craig Kimbrel. While he was shaky at times in the playoffs, Kimbrel is still one of the most dominant closers in the league. The lack of a dominant closer will likely hurt the Red Sox a lot more than they expect.

While there are major questions at the back end of the bullpen, Boston is still far too talented to miss the playoffs. They will just have to settle for a Wild Card berth instead of an AL East division title. Since they do not have the pitching depth of their rivals, the Red Sox fail to return to the World Series in 2019.

The reigning National League East champs did not lose a single important piece in the offseason. The Atlanta Braves also managed to add Josh Donaldson to the middle of a potent lineup despite ownership showing an unwillingness to spend a lot of money. Ronald Acuna Jr and Freddie Freeman are already two of the best hitters in the league, and they will only get better in 2019. If Ozzie Albies and Dansby Swanson continue to develop, then the Braves will have one of the most dangerous lineups in the league.

The only thing that can hold back this team is their young pitching staff. While they have shown a lot of promise in the minor leagues, relying on a lot of rookies is always a dangerous choice. If the Braves get reliable production from their young starters and relievers, then they will win another division title. The lack of a veteran presence on the pitching staff still comes back to haunt them in the playoffs as Atlanta once again gets knocked out in the first round.

The Cleveland Indians are entering 2019 with a completely revamped lineup after losing three of their biggest run producers in the offseason. Cleveland is hoping the acquisitions of Carlos Santana and Hanley Ramirez can make up for losing Yan Gomes, Yonder Alonso, and Edwin Encarnacion. The lineup likely will not match their production from last year, but the best part of the team remains intact. There is no denying that the Indians have the best starting rotation in the MLB. Brad Hand in the back of the bullpen also ensures Cleveland will preserve their leads after the dominant starters leave the game.

With four potential Cy Young candidates in the rotation, the Cleveland Indians look ready to run away with the weak American League Central division. This pitching depth gives the club the perfect set up to make a deep run in the postseason, but they ultimately fall a little short of a trip to the World Series due to their lack of reliable offense.

The Tampa Bay Rays surprised a lot of people by winning 90 games last year. After improving almost every aspect of the team in the offseason, Tampa Bay looks ready to win even more games in 2019. The biggest upgrade to the club is found in the starting rotation. Blake Snell was the only reliable starter for the Rays last year, but they now have Charlie Morton and Tyler Glasnow in the middle of the rotation. Having outfielders Tommy Pham and Austin Meadows on the roster for a full season should also help Tampa Bay score a lot more runs this year.

The Rays may not have a lot of household names on their roster, but they are still going to win a lot of games. The only thing holding this team back from greatness is their tough division. They are still a few years from fully competing with the Red Sox and Yankees, so claiming the final Wild Card spot in the American League looks like the likely outcome for this young Rays team.

If you haven’t already been following Sarah E. Evans on Instagram, you might wanna start right away, because if her latest batch of photos...

Fitness model and mother of 3, Sarah E. Evans is certainly no stranger to racy photo shoots, but her latest batch of pictures on...