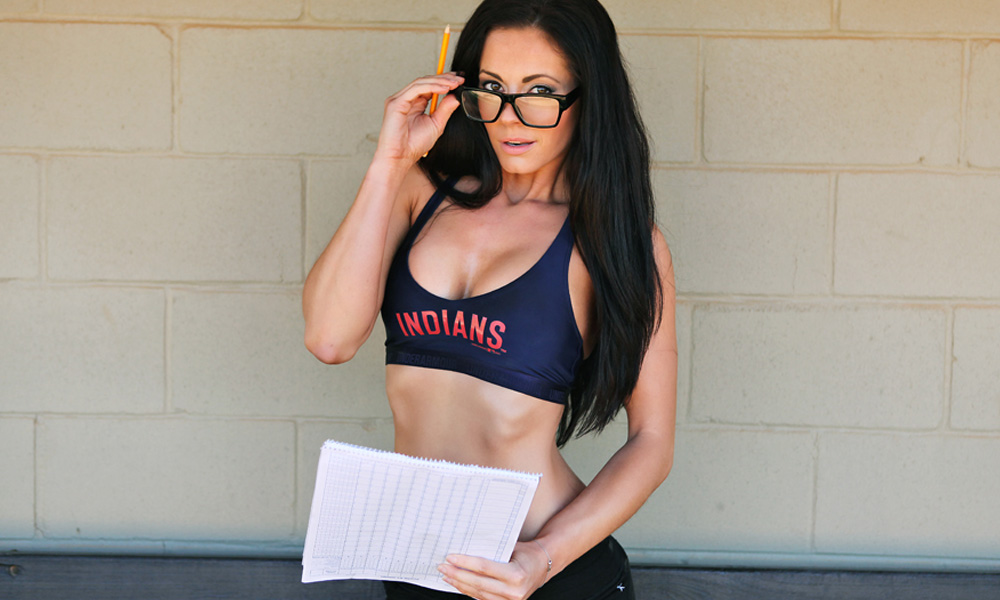 One Month In: Predicting the 2017 MLB Season Based on Current Form
We’re officially a full month into the 2017 MLB season, and as expected, it’s already been full of action and excitement. While it’s obviously still too early to see how the season will eventually play out, now is still a good time to revisit some of the season’s predictions—focusing on 10 teams that still seem most likely to dominate the league.

Last year’s division winners haven’t gotten off to the hottest start, but the eventual return of David Price should provide a much-needed boost to what should be an outstanding starting rotation. One of the team’s biggest areas of struggle last season was the bullpen, which looks like it should be much improved in 2017—especially if Craig Kimbrel can bounce back from a less-than-stellar 2016 season.

Elsewhere, the loss of David Ortiz is bound to hurt a bit. However, the rest of the team is still stacked, and it looks like Dustin Pedroia, Hanley Ramirez, Mookie Betts should all have great seasons. Still, the offense really needs to start picking it up if the team is to mount a serious challenge as expected.

The New York Yankees are most definitely still in rebuilding mode, but their strong start to the season has some already predicting that they will win the division. There’s no doubt that the Yankees are playing some great baseball at times. However, it remains to be seen whether the team’s strong-looking bullpen will be enough to overcome what still looks to be an only average offense.

So far, the Yankees have been proving many of their doubters wrong. Still, there’s no mistaking the fact that this is still a very young team, which makes it interesting to see whether or not they can keep their level of performance up throughout the entire grueling season. With fatigue and injuries likely to take their toll at some point, it may still be another year before they will be fully ready to compete for the division title.

The loss of Edwin Encarnacion’s home run is sure to hurt the Blue Jays, after the first baseman hit 42 last year. Still, the offense definitely has enough power elsewhere to make up for it if all the big names show up. Jose Bautista, Troy Tulowitzki and Russell Martin all have the offensive and/or defensive skills to change games almost single-handedly, and let’s not forget about 2015 MVP Josh Donaldson either.

The Jays’ starting rotation also looks to be fairly strong, as long as Aaron Sanchez can follow up his breakout 2016 season with another strong year. Nonetheless, the AL East seems certain to be one of the most competitive divisions, meaning that Toronto is likely to find itself finishing just outside the final AL Wild Card spot.

After years of toiling near the bottom of the division, the Cleveland Indians enter 2017 looking like the sure bet to repeat as AL Central winners. The Tigers are probably the team with the biggest chance of catching the Indians. However, if Cleveland’s starting rotation can manage to stay healthy, their pitching should still propel the Indians to the division crown. Still, the strength of the rest of the AL means they probably won’t be making a repeat trip to the World Series.

Although some are now questioning the logic behind the deal due to his slow start, the addition of Edwin Encarnacion should still pay off. There’s no doubt he’s a huge upgrade to the Indians’ infield compared to Mike Napoli, but Encarnacion still needs to start showing his full potential for this prediction to be guaranteed.

Last year was supposed to be the Astros year, and everyone knows how well that worked out for them in the end. Nonetheless, they made some great upgrades in the offseason and seem a sure bet to challenge in what will definitely be a tight division race. So far, Houston is off to a flying start and playing some of the best baseball of any team.

The team still does have one glaring weakness in that its starting rotation doesn’t have near the pedigree of other serious challengers, and even if they do pick up another starter or two, it still won’t be quite enough to get them all the way. Still, we’re predicting that they’ll make it all the way to the World Series based on current form.

Some people might laugh at this prediction considering that the Rangers are currently floundering down at the bottom of the division. Nonetheless, Cole Hamels and Yu Darvish give the Rangers an incredibly intimidating top of the rotation. The problem lies in the fact that there’s not much quality behind them. Still, if the Rangers can improve their performances and remain at least in the mix come the mid-season trade deadline, it might only take one more star pitcher to turn them into true contenders for the division title.

The Nationals have one of the strongest, deepest rotations in the MLB. Their offense also looks to be incredibly strong, after finishing last season in fourth place in the NL for runs. Both of these factors already seemed sure to help propel Washington to the division title, as the Nationals were most experts pick to win the NL East.

Of course, most people also expected the NL East to be a fairly strong division, and in particular, the Mets were supposed to be able to mount a serious challenge for the division crown. So far though, the NL East looks anything but strong. While the Nats have gotten off to a fantastic start, every other team is below .500. Therefore, expect Washington to open up a huge lead over the next month or two and then cruise to the division title.

The 2017 Los Angeles Dodgers are absolutely flush with talent. Not only do they have probably the world’s best pitcher in Clayton Kershaw, but the bullpen is headed by the always-impressive Kenley Jansen, who just might be the league’s best closer. The Diamondbacks and Rockies have both got off to surprisingly good starts, but it seems that the overall quality of the Dodgers’ lineup and pitching will be enough to carry them to the division title. Not only that, but it might just be good enough to LA’s first World Series Championship in nearly 30 years.

The Cardinals’ offense should have another stellar season. However, just like last season, their starting rotation seems to be their biggest handicap. The loss of Alex Reyes definitely didn’t help this any, which is why we’re predicting that St. Louis will eventually miss out on the title to the Cubs. However, their pitching might just be good enough to see them sneak into the playoffs through one of the two Wild Card slots.

After finally breaking their long-standing curse and winning the World Series last year, Chicago looks like it will most likely regress this year. The team’s fielding and hitting should still be excellent and probably good enough to see them easily win the NL Central. Still, the team hasn’t gotten off to the greatest start and there are still plenty of questions to be asked about their aging rotation and bullpen. For these reasons, they’ll most likely lose their title of NL Champions to the Dodgers.

It’s anyone’s guess whether or not these predictions hold true, as there are still a huge number of games to play. Still, one thing is for sure, and that is that the 2017 MLB season is set to be a fantastic one with plenty of twists and turns along the way to the World Series.

If you haven’t already been following Sarah E. Evans on Instagram, you might wanna start right away, because if her latest batch of photos...

Fitness model and mother of 3, Sarah E. Evans is certainly no stranger to racy photo shoots, but her latest batch of pictures on...