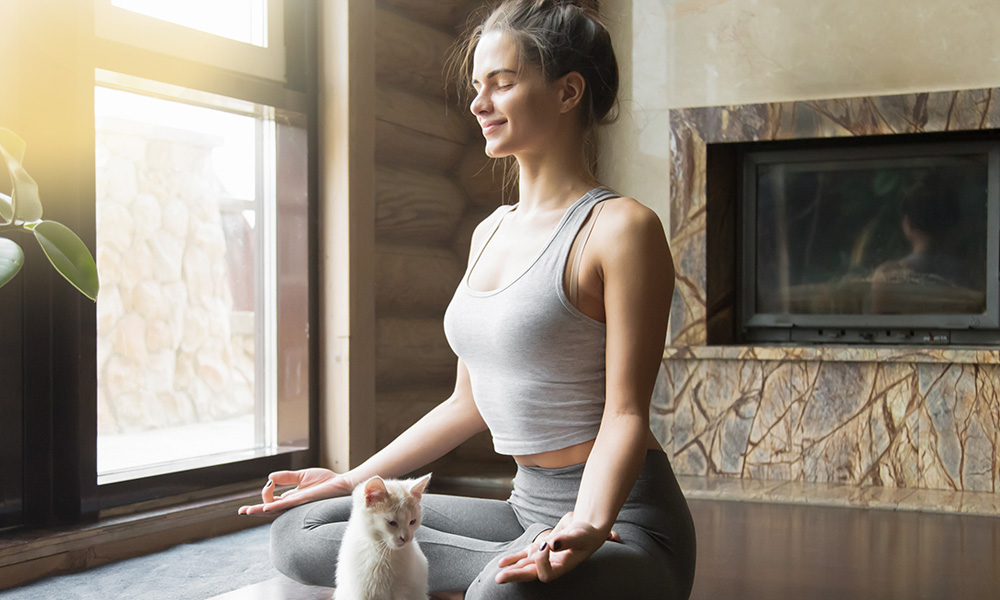 There are several medical conditions that can be improved by practicing yoga. It can be used to lessen the negative effects of infertility, lung disease, Parkinson’s disease, multiple sclerosis, insomnia, cancer, high blood pressure, and joint pain. The beneficial effects of yoga practices are well recognized not only by the yoga community but also by medical doctors.

One of the main elements that lead to an illness is stress. Being responsible for a huge number of sicknesses, this item, which we develop in our minds, can be reduced through a good usage of yoga techniques. Here are just some of the problems that are related to an overactive stress response: depression, anxiety, obsessive-compulsive disorder, some types of diabetes mellitus, cardiovascular disease, several autoimmune diseases, irritable bowel syndrome, colitis, reproductive problems, and an aggravated suppression of the immune system.

The response of the sympathetic nervous system can trigger stress in our metabolism. The reaction to various outside stimuli is also known as the ìfight or flightî response ñ the mind and body, faced with an endangering or disturbing element, prepare for one of the two options. Physically, this is manifested through an instantaneous heart rate increase, together with a high ascent of blood pressure. Breathing gets shallow and the muscles tense in anticipation to the following action. Internally, this response reduces the blood flow to internal organs and processes that are not essential in that particular moment (such as digestion and elimination) are shut down. This state of increased awareness and readiness is beneficial on a short term, preparing our body to react to the outside interventions and stimuli. Both in a ìfightî and in a ìflightî situation, the body is physically and mentally prepared to act. The problem arises when long-term exposure to similar stress takes place. This ìfight or flightî response is only meant to help on short periods of time ñ the longer it is activated the fewer resources will the body have to function normally.

There is a natural countermeasure for the ìfight or flightî response. It is called the parasympathetic nervous system or the ìrelaxation response.î It is automatically activated when the elements that caused the stress are gone but it is also possible to increase its effects by breathing deeply and relaxing your muscles. By increasing the length of this process we allow our body to recover faster, enabling it to eliminate the harmful effects of stress in a prompt and efficient manner.

Yoga highlights the idea that by using breathing and relaxation techniques you can reduce the harmful effects of stress factors on your body. A lessened ìfight or flightî response can also be achieved by looking at adverse factors as challenges rather than threats. This approach allows your mind to focus on finding a solution, rather than creating an abrupt response. Another concept employed by this technique is that of acting versus reacting, of taking initiative versus responding to outside factors.
The positive effects of yoga during a healing process are undeniable. However, these techniques should only be used as a form of support and the healing shouldnít rely solely on them. The best results are achieved by combining yoga with traditional and modern medicine and by addressing a problem both from a mental and physical point of view.

In this article:exercise, Featured, meditation, yoga

Perfect Your Pushups With These 4 Tips

Are you doing pushups but not getting the desired results? You won’t believe but there are many who complain about pushups not giving gains...

We now move into an area that is far too neglected by mainstream health and fitness professionals, the mind. Most books or courses concentrate...

Instantly Increase Your Strength On Every Back Exercise

Do you want a quick, simple and instant way to increase the amount of weight you can lift on virtually every back exercise you...

Exercise: Your Good Health Is Counting On It

Did you know that everything that gets you moving can and will contribute to your health-from walking to a high-intensity aerobics class? Research shows...