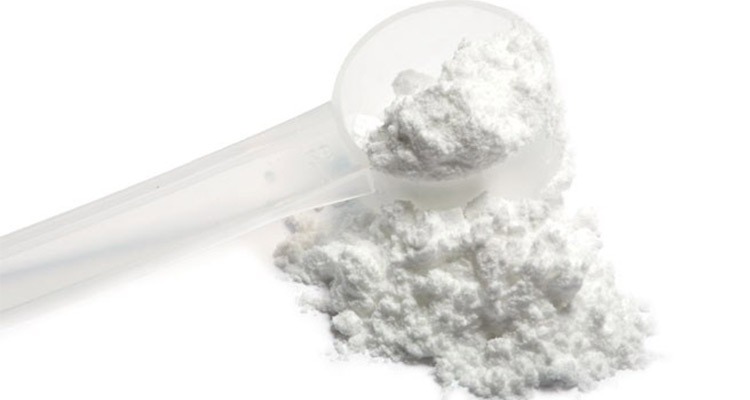 What is creatine? When we hear the term, it is most likely linked to its purest form: creatine monohydrate. Creatine has been studied for over 80 years and recently been looked at more primary for its benefit towards the athlete.

Depending on whom you have spoken to about creatine, everyone is going to look at it differently from word of mouth or research.  Creatine is found in small dosages in meat, but when cooked, it is destroyed. The liver and kidney produce creatine, so it is found in the body of every human being. When identifying location of creatine in the body, over 90% is in the muscles of our body.

What myths still float around about what creatine does? One I have heard for quite some time is it causes mood swings and is another form of a steroid. First off, no. Anabolic steroids are synthetically produced to affect testosterone, and are illegal to purchase unless prescribed for medicinal use. Creatine is a legal supplement that can be purchased in just about any supplement market, and is not a banned from sport leagues like the NCAA. It is true that steroids and creatine have an ergogenic affect towards building muscle strength and increasing endurance, but not through how steroids do it in hormonal ways.

“It’s bad for you and will ruin your kidneys.” –Person who eats the dollar menu everyday. Creatine is the most researched supplement on the market; millions upon millions of dollars have been put into studies looking at the harm against your kidneys in affiliation to creatine. Studies show that creatine has shown to be non-toxic to the kidney. That being said, the very small group who were linked to this most likely had pre-existing health problems that led to kidney failure from genetics and the way they lived. A study done by Poortman and Francaux could not find any link with kidney failure in 9 active adults who took high doses of creatine as a supplement, even long term. (Poortmans and Francaux 1108-1110)

Cramping has been shown in athletes who take creatine, but this is solely in relation to not being properly hydrated. Creatine can causes an imbalance of electrolytes in the body, which is not best for an athlete not being properly hydrated with creatine before a workout, and not staying hydrated. There are arguments to what time is best to take creatine. Preferably myself, I take it post workout because that is when the micro fibers are torn in your muscle and is easier for creatine to be absorbed in the pathways. It isn’t something that will be flushed out of your body in just a few hours; creatine takes days to weeks to leave the body. This isn’t a bad thing in anyway, but beneficial to provide the user strength for his or her next workout—My reasons to take it post.

Conclusion: Is creatine safe? Absolutely. It is one of the most heavily researched supplements on the market and has no connection to kidney failure or negative side effects in a healthy body—even with long term use. With water weight gain being one of the effects it is reported on having, it is linked with increasing your fat metabolism and supporting ergogenic strength and endurance in physical activities. My recommendation is if you are serious about your fitness goals whether men or women, creatine is dirt cheap, and has the most beneficial effect to pushing yourself to the max. But don’t be bamboozled by brands claiming to synthetically create different forms of creatine. Creatine is creatine. There isn’t one better than the other, and those who claim theirs work better most likely has another ingredient like caffeine that adds a stimulant to your workout with energy. Creatine monohydrate is what you should look for, and is the most natural and safest form to our bodies.

What Should You Know About Supplements Before Taking Them?

Most of the people think that supplements are the shortcut to getting the kind of physique which they want. This is not true at...

The Importances of Great Supplements

Supplementation has become a big topic in the health and fitness world as more people are turning to natural answers for optimal health. Why...

Supplements for Athletes in Training

One common misconception that people have regarding exercise is that performing it on a regular basis will prevent them from developing any health problems....

Buffer NutraSea Original is a fish oil with a balanced EPA/DHA ratio making it an ideal supplement for optimal health and well-being. Health Benefits:...