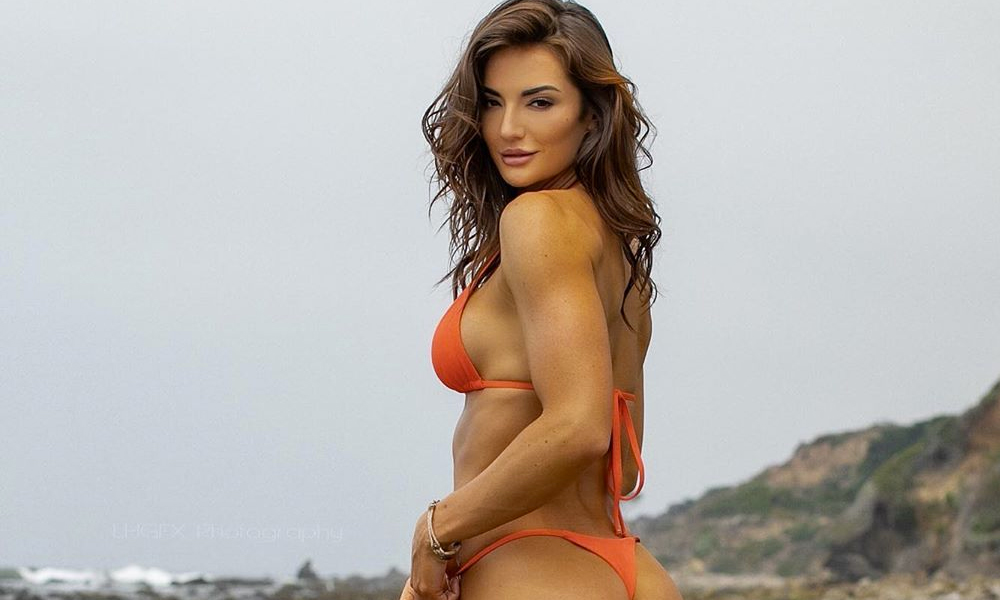 Fitness Gurls Athlete and coach Whitney Johns is a great source of inspiration for many men and women out there. Her hot bikini pictures and workout videos on Instagram has helped her carve out a name for herself on social media and beyond.

Even though fans have seen the 29-year-old model’s sultry pictures many times, they never seem to get enough of her sexiness.

To her fans’ delight, Whitney Johns recently took to her Instagram account and posted a new bikini snap where she looked nothing short of gorgeous.
Wearing an orange bikini, the model posed at the Malibu Beach in California and turned her back toward the camera to show off her well-toned derriere and lean legs, a move that sent temperatures soaring.

Prior to sharing the hot bikini picture, Whitney treated her followers to a beautiful photograph where she could be seen striking a side pose and flashing her charming smile.

The model donned a gray-and-white ribbed top that she paired with matching shorts to pull off a very chic look.

Whitney not only wowed her fans with the stunning snap but she also revealed some fitness tips in the caption, especially for people who ruin their fitness routine by indulging in foods and drinks and end up regretting their decision later.

“It’s time to stop the vicious guilt cycle and change your mindset,” she wrote to motivate her fans while inviting them to join her fitness coaching program.

Fitness Gurls Athlete Brynn Noel Is A Woman To Watch

We sat down with Brynn Noel our newest Fitness Gurls Athlete.