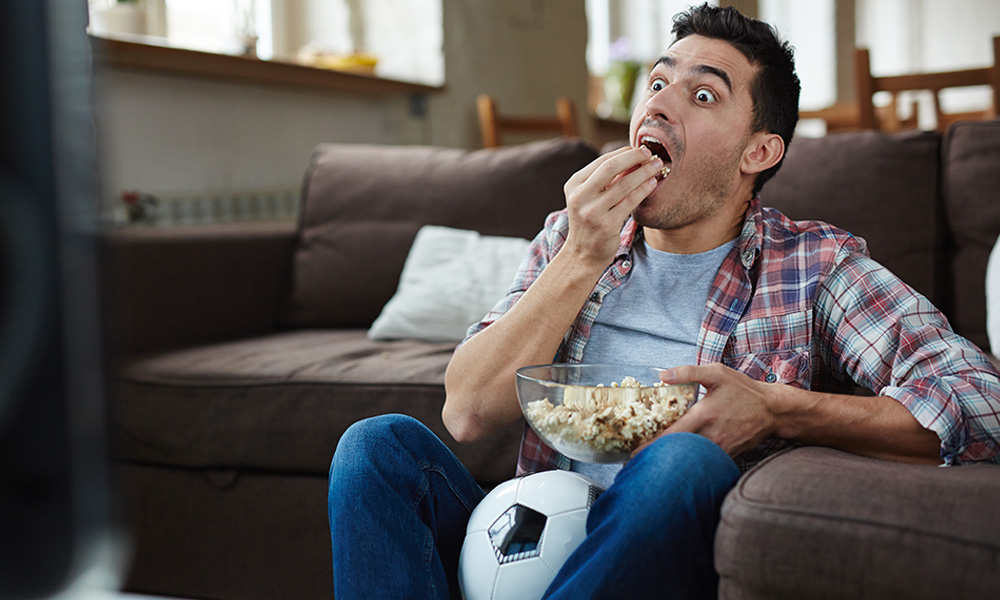 Humans have always had a weird relationship with sleep, but the number of diversions available to modern man has not helped that relationship. While computers and phones require some form of interaction in order to distract someone from sleep, a television just needs to be left on in the same room as someone in order to become a problem. It can even cause problems for a sleeper, and it is necessary to understand those problems in order to do something about its ability to disrupt sleep.

A television works by scanning an image at a fast rate of speed and then repeating that image, creating the illusion of motion through the persistence of vision. In a lit room the light from the television can be safely ignored, but in a dark room, the light from the screen takes center stage. While most modern screens no longer have the flicker older viewers associate with watching television late at night, it does nonetheless become a giant nightlight, drawing the attention of us humans because of our focus on visual stimuli. Because of this people will watch it until they fall asleep, and that can take a while, especially if something interesting is on.

The television can also disrupt sleep due to its sound. Not only can a loud or annoying sound wake someone, but it is can also disrupt sleep patterns by intruding on the dreams themselves. The brain will incorporate outside stimuli into the dreams, disrupting the normal flow of the dream; as the dream is how people deal with problems as well as imprint memories, this can be a problem and create problems for people later on. Thus, by both preventing sleep as well as disrupting sleep patterns, the television can create health issues, both physically and psychologically. The best solutions are to simply remove it from where a person sleeps, ensuring that the dreamer dreams and enjoys a good night’s sleep.