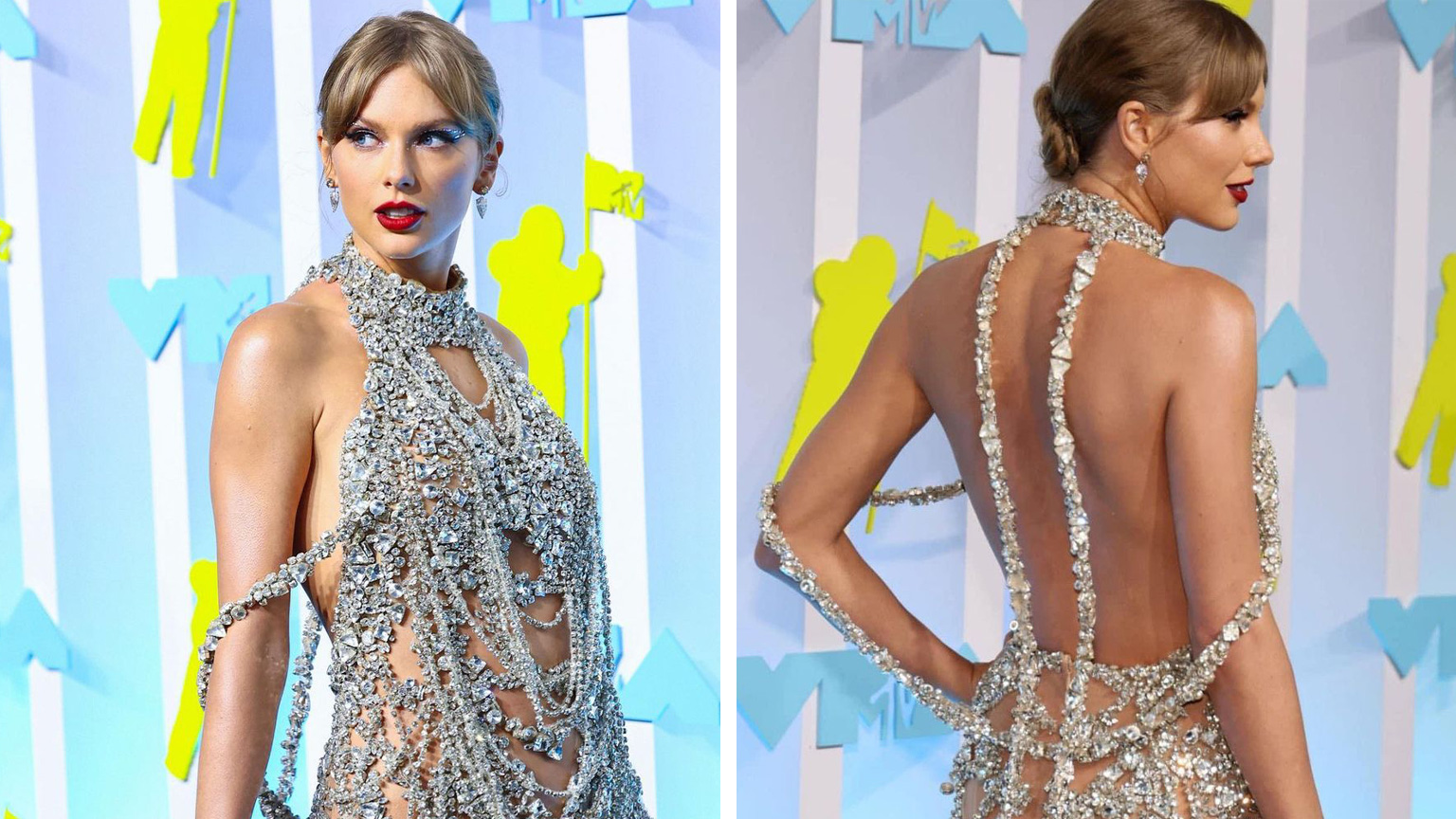 After 3 whole years, Taylor Swift has made a triumphant return to the MTV VMAs.  Gracing the red carpet for the event, the pop singer-songwriter was shimmering as she sported an immaculate dress by Oscar de la Renta. Tayor looks like she was dripping diamonds. The dress is nothing short of bold and beautiful. Taylor Swift owns this look in a way that only she can. Taylor has one of the most beautiful bodies in music today. She proves once again that she indeed knows how to make an entrance and leave a lasting impression.

Taylor Swift usually has a penchant for dressing in accordance with her body of work in music, and this stunning party-ready dress seems like it’s no exception as she looks like what could only be described as a real-life ‘Mirror Ball’ of course in reference to the song of the same name sung by Taylor Swift herself.

A (now deleted) reel uploaded to Instagram actually dropped the news on her imminent arrival as well as the fantabulous dress Taylor Swift is rocking at the VMAs. The design was shown up close to the caption “Shining just for you tonight,” a song from Swift’s banger of a track titled “Mirror Ball”.

Fans have often been in awe of the songstress’s many looks and memorable appearances, and even we feel like Swift is one of the best singers on the scene.

Taylor Swift is nominated for quite a few things at the VMAs such as Video of the Year, Best Longform Video, Best Cinematography, Best Direction, as well as Best Editing for “All Too Well”, a short film starring Sadie Sink of Stranger Things fame, as well as the “Blank Space” singer herself.

Anyone that’s a fan of Taylor Swift’s work or has an eye for fashion is bound to appreciate the killer looks she’s serving up at the VMAs.

The Hollywood movie star ignites a fire on IG with her latest fit.