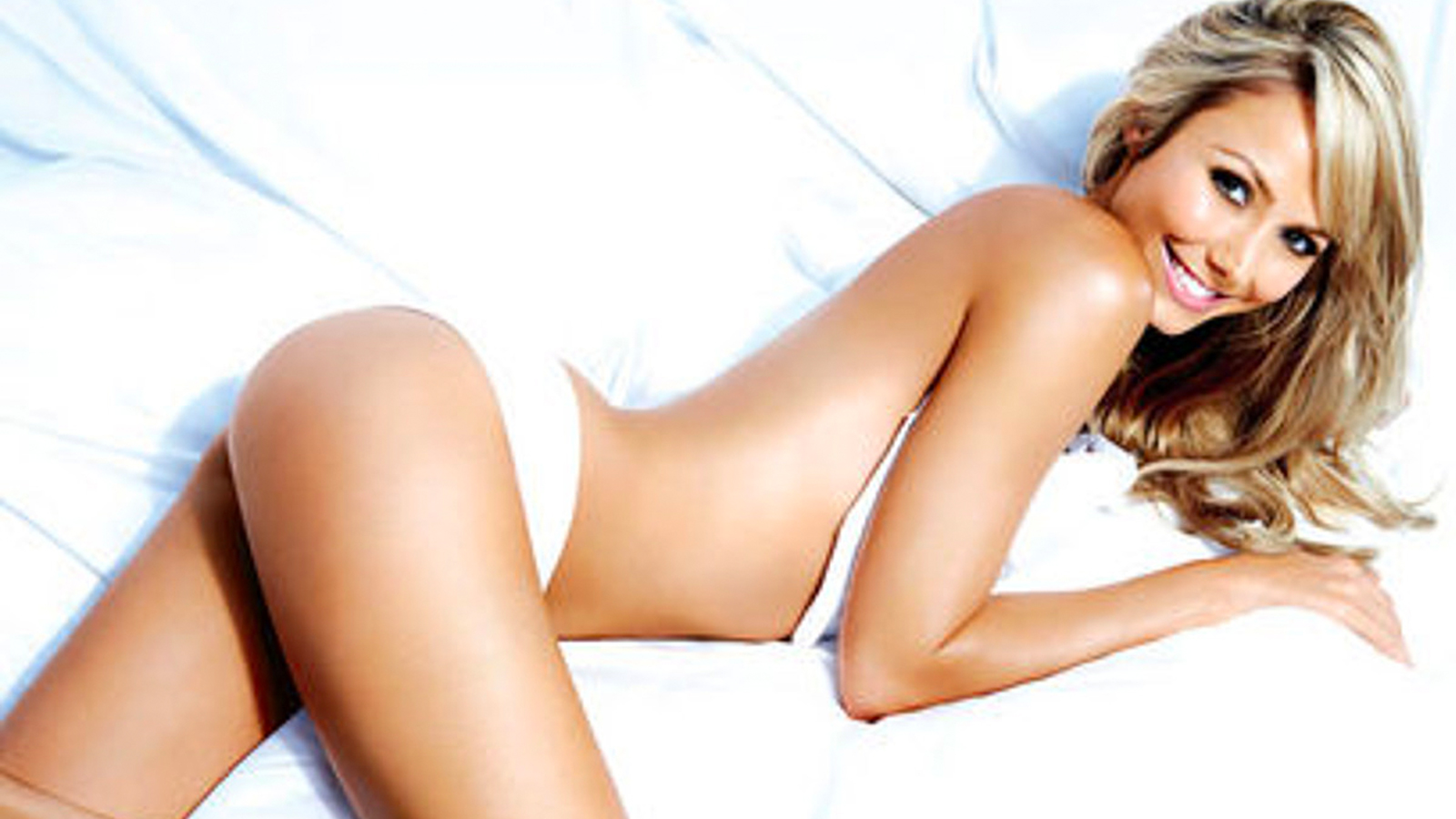 Stacy Keibler is arguably the hottest woman to ever be in a WWE ring. And before I hear you say she was just eye-candy… yes, that’s the point of Stacy Keibler’s career in the WWE. She was sweet sweet eye candy that had us hooked to the screen every week to see what she would do next. Here are the Top 5 All-Time Hottest & Sexiest Moments of Stacy Keibler’s WWE career. Special thanks to Diva Bible.

Also, check out: The 20 Most Beautiful Women In WWE History

5. Stacy Keibler gets drafted to RAW

August 12th, 2002 – It didn’t take much for Stacy to steal the show from the other Divas. In August of 2002, RAW General Manager Eric Bischoff announced his newest acquisition from SmackDown! It wasn’t Undertaker or Kurt Angle. It was none other than Stacy Keibler!

Stacy instantly stripped off her skirt revealing a red hot thong and proceeded to dance on the announce table, instantly making the fans and Jerry Lawler very happy!

March 10th, 2003 – In 2003 WWE was promoting a Special for Girls Gone Wild, During an unforgettable episode of RAW Jerry Lawler and Stacy Keibler came out to help promote the special themselves. How did they do that? Well… Jerry had a water gun with him, and yup decided to soak Stacy’s little white shorts to get the crowd worked up!

July 21st, 2003 – With their relationship in decline Test began to treat Stacy like trash until The Big Bad Booty Daddy, Scott Steiner stepped in to save Stacy from Test! To get under Tests skin, Stacy and Steiner came out during one of Test’s matches on RAW and Stacy gave Scott Steiner a lap dance he or the fans would never forget!

April 11th, 2002 – Vince McMahon decided he would need a personal assistant. During a live interview on SmackDown Stacy Keibler came out for the position in what has to be one of Stacy’s most unforgettable moments. In her little sexy business suit, Stacy didn’t even bother listing off her qualifications, instead choosing to dance for Mr. McMahon right on top of the desk. To the shock of nobody Vince instantly said – “Youuuu’re hiiiired Stacy!”

June 27th, 2002 – Most of the WWE Divas ended up wearing a schoolgirl outfit at some point or another, but Stacy was one of the first and undoubtedly the hottest! On an episode of SmackDown in a segment promoting the first and only WWE Divas Undressed Special, Stacy Keibler set hearts racing in a naughty schoolgirl outfit sporting a short plaid red skirt complete with pigtails! God Bless Stacy Keibler!