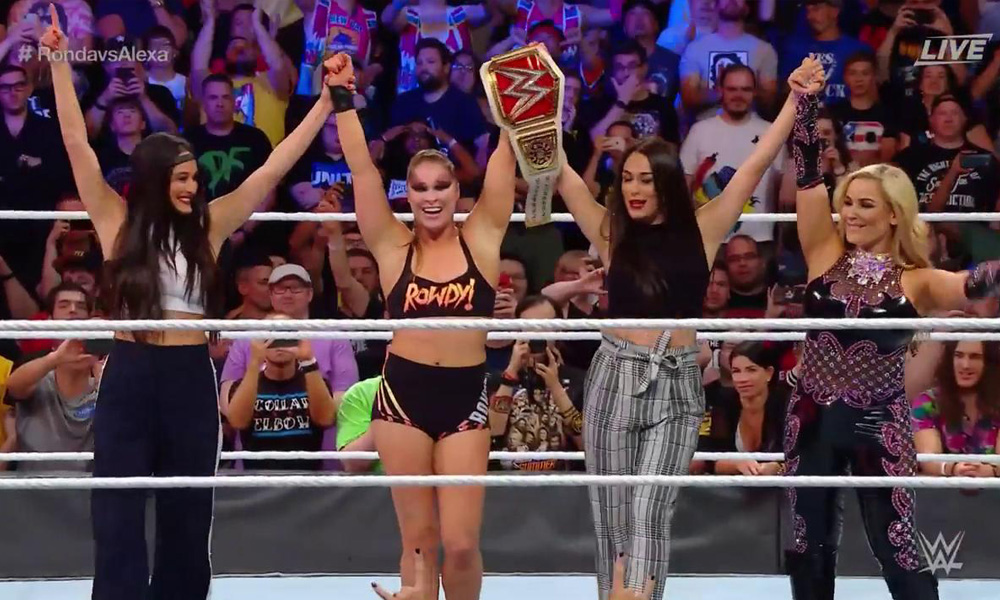 WWE’s SummerSlam 2018 was a bit of a mixed bag, but it was highlighted with Ronda Rousey winning the Raw Women’s Championship from Alexa Bliss at Barclays Area in Brooklyn, NY. Rousey was dominating in a win over the long-time champion Bliss.

Also, check out: Ronda Rousey Gets Her Special Night Ruined by Alexa Bliss

There was a lot of talk about how great Ronda Rousey looked in her matches, but probably for the first time, this match wasn’t as exciting as the rest. Grant it, it is a small sample size, it almost seemed a little too predetermined. But all and all, it’s great to see Ronda Rousey make history becoming the first woman to become UFC champ and WWE champ. Awesome work Rousey.

Stacy Keibler was one of the hottest women to ever grace the WWE ring. Thanks to @DivaBible

"The Face (and Body) of the Women’s Division" for WWE's NXT, Chelsea Green in our Facetime Series.

Mariah May is one of the best new up-and-comers in the wrestling scene today. Her beauty and athleticism make her a talent we will...

The 10 Most Beautiful Female Physiques in NXT Today

Check out our list of the hottest female physiques in NXT today!