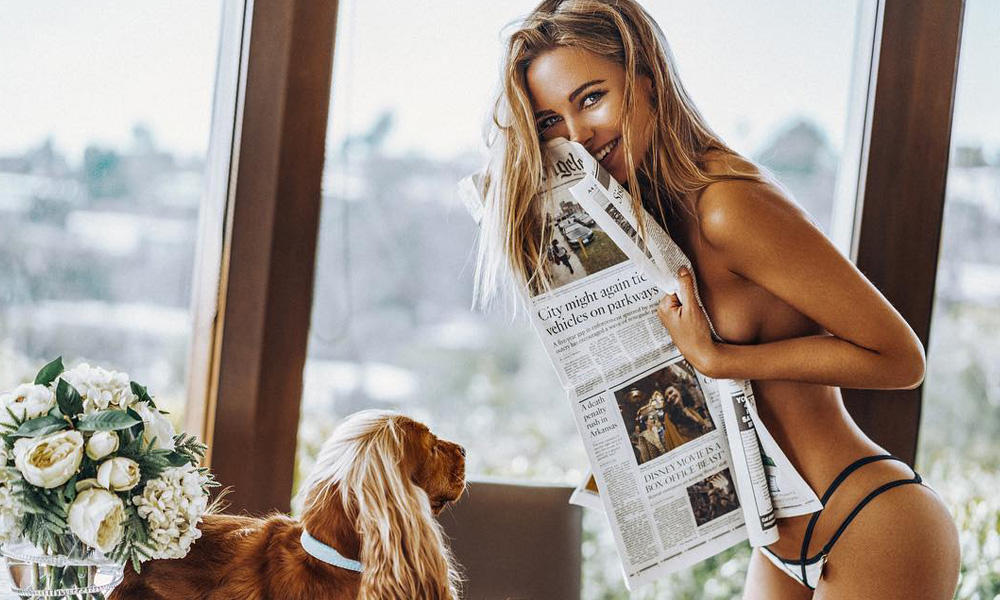 Kimberley Garner has donned many hats including that of a TV performer, Actress and Swimwear designer. Her claim to fame came from her appearance in Made in Chelsea. It was a show which was released on May 9, 2011. In the year 2012, she went on to launch her swimwear collection which garnered her even more accolades. It also highlighted her multi-faceted skills.

Also, check out: Jennifer Lopez is a Fit Goddess

Kimberley Garner has also acted in movies like Sweetheart. Kimberley Garner has amassed a net worth of more than $1 million. She leads a lavish lifestyle and often shares the glimpses of her lifestyle on social media due to which she has amassed quite a few followers on social media. Her clothesline is another one of her businesses which is adding consistently to her net worth.

just learnt how to post with the Shop feature ⚡️⚡️ #techgeek @kimberleylondon

For all the gossip, no I have not had a boob job, and no I have not had a butt job! (Which still comes as a very weird concept to me) Woman’s body’s change, sometimes I’m a little chubbier and sometimes too skinny, it’s just natural and so important to love our body’s, whatever the phase – but thanks for all the gossip I have heard over the past year, it has really made me laugh ❤️ ps I have been learning some butt exercises, will make a video, incase you want a ‘fake’ butt ;)

In this article:celebrity bodies, Kimberley Garner