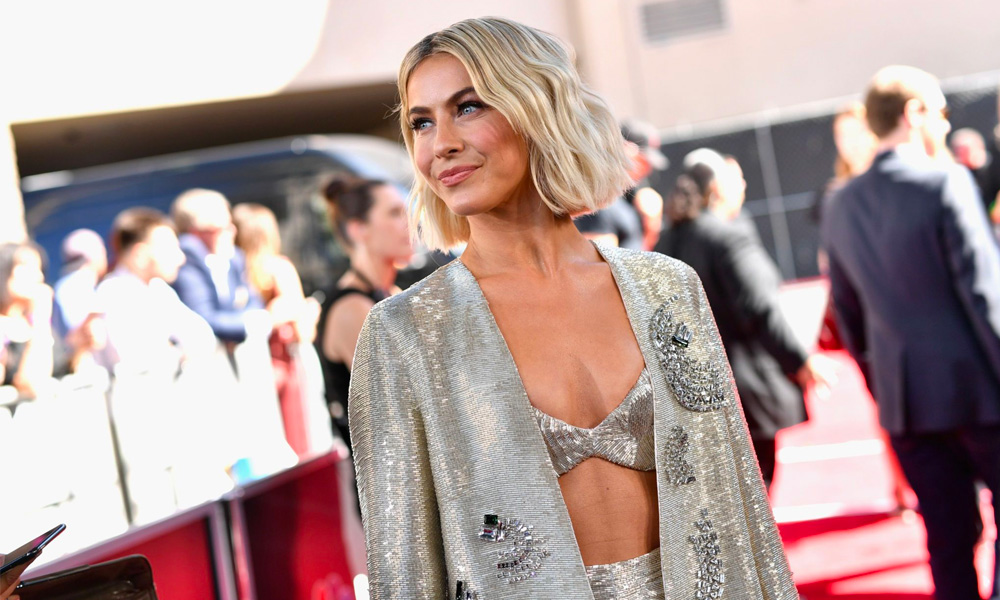 Julianne Hough has one of our favorite hard bodies in Hollywood. Because she’s a professional dancer she has a physique that’s very close to our favorite fitness models on IG and in the pages of Fitness Gurls. Here she is showing off all the hard work at the Billboard Music Awards in Las Vegas.

I’m having the BEST time dancing my booty off at the #BBMAs!!! So happy to be representing @AGT and presenting Top Country Song! ???? WOOOO!!!!

While Hough was clearly enjoying the performance — seriously, the camera cut to her every 30 seconds for a reaction shot — she got an unexpected surprise when Abdul took the routine through the audience and threw her hat at the “Dancing with the Stars” judge. Julianne, however, was not in on the moment, didn’t see the hat coming and was hit directly in the throat.

After returning to her hotel room later that night, she shared another photo on Twitter with a towel wrapped around her throat, calling the drive-by “an honor.”

The result of the honor of being hit in the neck by @PaulaAbdul’s flying hat! Love you, babe!!! ??? #BBMAs pic.twitter.com/wVDFQKsxBO

The Best of the Billboard Music Awards 2016

The 2016 Billboard Music Awards were last night and all the biggest names in music showed up looking sexy and fit. As you guys... 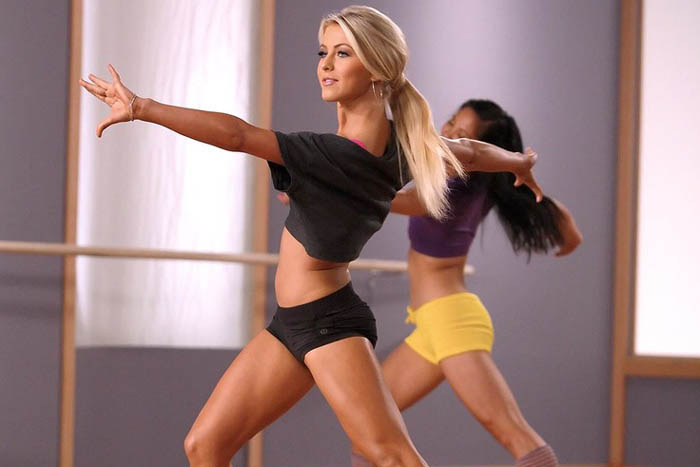 Did You Know DWTS’ Julianne Hough Has Workout Videos?

Anyone who’s ever watched Dancing with the Stars knows that Julianne Hough is seriously fit, but you might not know that the two-time DWTS...

We’re kicking off a new little weekly feature called Bikini Wednesdays. It is the start of bikini season, by the way, so every Wednesday...