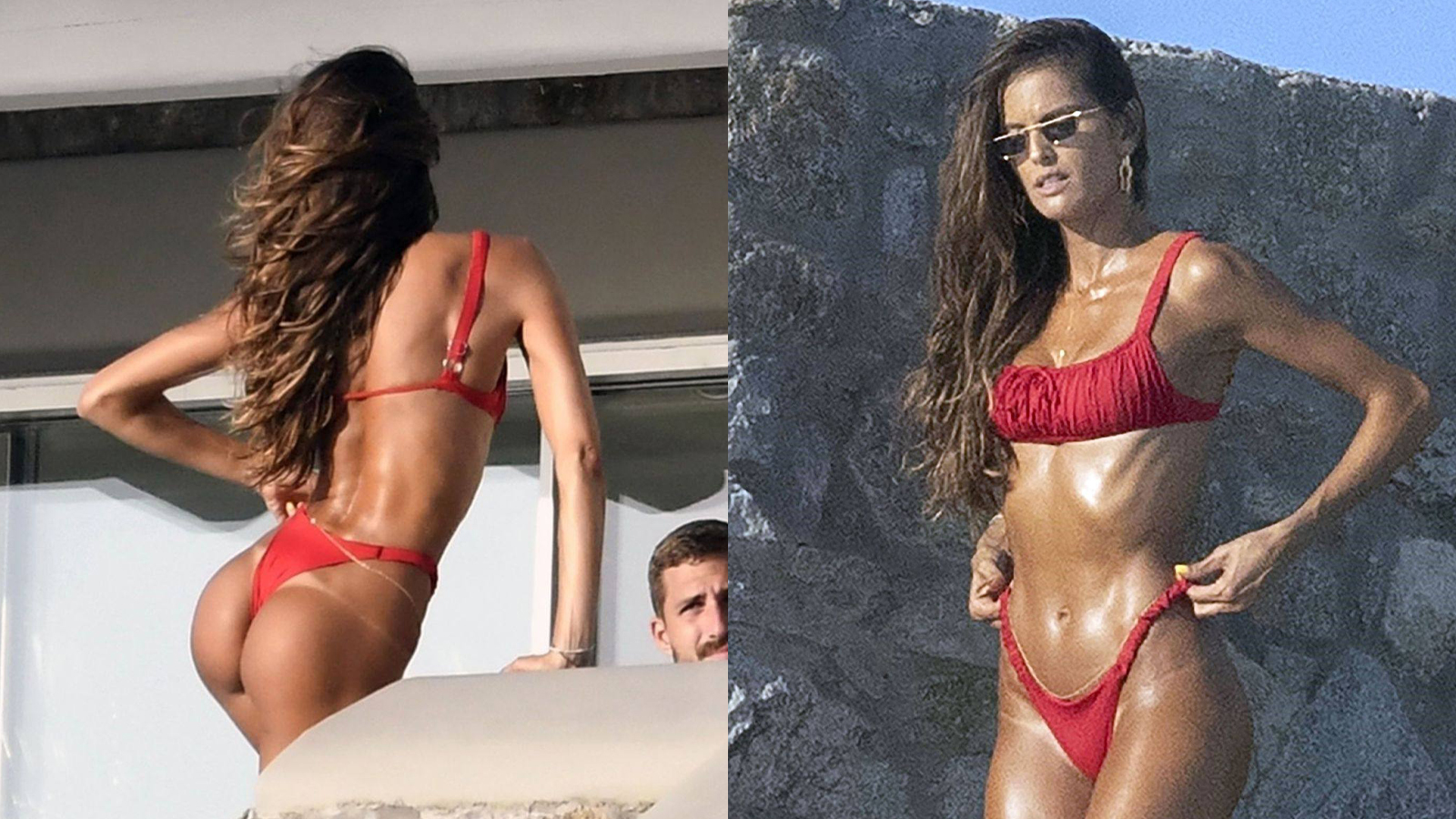 If there’s one supermodel’s Instagram that’s an absolute must follow, it’s Izabel Goulart! The Brazilian bombshell has lit the ramp on fire as a Victoria’s Secret Angel and appeared on esteemed magazines like Vogue and Sports Illustrated.

Izabel Goulart was recently photographed on the Mykonos island, having stripped down to a really sexy red bikini. The model looks in tip-top shape lounging on the beach, as the various pictures show off her unbelievably gorgeous figure, drawing attention to her abs, legs, and glutes!

Izabel Goulart’s IG game has been on point as of late, too! Her profile features a bunch of new jaw-droppingly hot pics from her new photoshoot, each hotter than the last. She models in a beautiful blue bikini, and a rather chic fitspo inspired outfit focusing on those killer abs of hers, while giving us a peek at her bikini straps. The real icing on the cake is a deviously sexy short vid of her skipping, where she looks like poetry in motion and leaves little to the imagination of her followers.

Alessandra Ambrosio soaks up the sun playing volleyball on the beach

Jasmine Tookes is one of the most beautiful women in the world and today we dropped a straight fire photo on her IG. I...