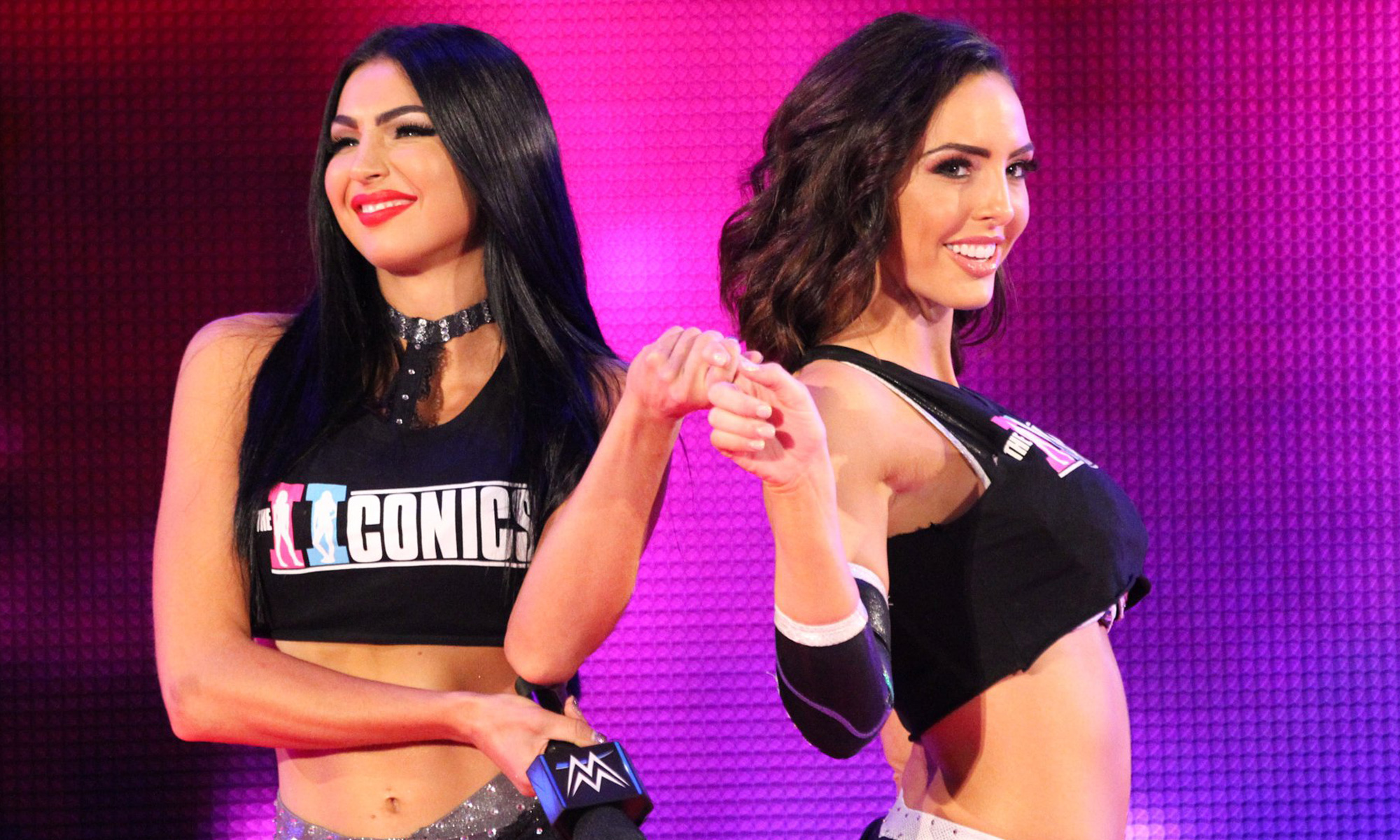 The IIconics has definitely gained eyeballs in the WWE. No other female duo has been able to get that so many eyeballs in such a short almost of time. There are quite a few reasons why the fans love the Australian duo of Billie Kay and Peyton Royce. We will go into some of the reasons so that you can understand why they have become so popular.

Also, check out: The 20 Most Beautiful Women in WWE History

1. Female Tag team:
As individuals, as well as the female wrestlers, are pretty popular. However, they are a tag team. As they are a tag team, they are able to gain a significant amount of traction as well. There have been rumors that the WWE will introduce Female Tag Titles. They haven’t yet, but The Peyton and Billie are already marketed as a package deal and unlike the Riot Squad, there’s only two of them, so The IIconics do have an advantage that way. And I know so if you are like, what about Mandy and Sonya? We believe even though they are a team, with the Mandy Rose push the WWE is doing currently, they’re probably closer to a Sasha and Bayley or Charlotte and Becky team-up, where solo superstars team up, than a tag team.

2. Unique proposition:
Up until now, most of the tag team partners were males. However, this team is one of the very few female teams which have been created in the WWE. That is why they definitely have a unique proposition as compared to the male teams.

3. Adding glamour to WWE:
Since it is a female team, it actually adds glamour to the WWE superstars. As a result, they have become quite popular with the audience as well. Aka, they’re hot! Moreover, they are highly stylish as well which ensures that they are able to gain more eyeballs as well. Time and again, female wrestlers have been used by WWE to add glamour to their matches. This is exactly what is happening once again as well. This is the reason why fans love them as well.

4. Balancing of the superstars:
Most of the WWE superstars are males. However, there is a tag team of females. Thus, they balance out the male superstars as well. Peyton Royce and Billie Kay are not an uneven team where one’s more popular or more talented than the other. They are pretty balanced which makes them unique for branding purposes in the WWE.

5. Gender equality:
Last but not the least, the more representation by Women, the better it is. There are very few woman superstars in WWE. Since they are able to gain more and more traction as well, they are able to get fans. Moreover, they are actual wrestlers rather than just focusing on the glamorous back. Their matches are equally hard fought as well which ensures that there is a bit of a competitors spirit to their fan following as well.

Thus, the next time around you’re watching IIconics you will know why they are loved so much by the fans.

Special thanks to our friends at @DivaBibleWWE

In this article:Billie Kay, Peyton Royce, The IIconics, WWE

Stacy Keibler was one of the hottest women to ever grace the WWE ring. Thanks to @DivaBible

"The Face (and Body) of the Women’s Division" for WWE's NXT, Chelsea Green in our Facetime Series.

Mariah May is one of the best new up-and-comers in the wrestling scene today. Her beauty and athleticism make her a talent we will...

The 10 Most Beautiful Female Physiques in NXT Today

Check out our list of the hottest female physiques in NXT today!