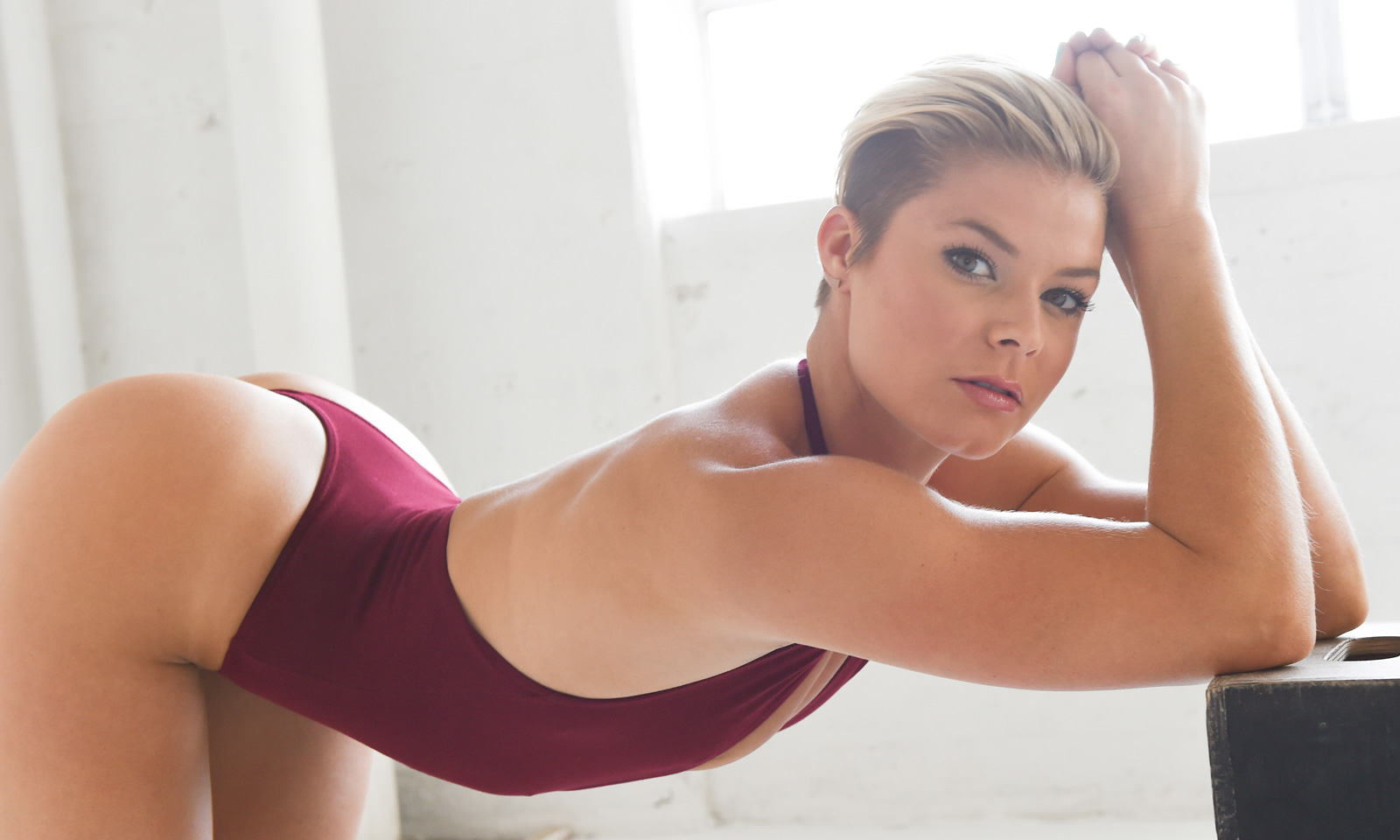 We’re so excited to for our readers to get to know you, Whitney! Please tell us where you’re from and where the rest of the world may know you from?
I am one of those proud born-and-raised Texans! I grew up on the coast in Corpus Christi but now live in one of the best cities in America, Austin Texas.

People may know me as the pageant girl that turned in her crown for a pair of MMA gloves and a Jiu Jitsu gi. I am also currently a sports broadcaster for the top kickboxing organization, GLORY Kickboxing. I get to travel the world and talk about fighting! Not a bad gig.

Did you compete in pageants since you were young? Or did you come across it later in life? What made you decide to compete in pageants?
Think of the show Toddlers in Tiaras. Now, think of the complete opposite! Believe it or not, I was the biggest tomboy when I was younger. I wanted to be involved in any sport or extreme activity I could find. I competed in my first pageant when I was 15 years old, only because my best friend didn’t want to compete by herself. I ended up winning that pageant which meant I would compete at the bigger and more competitive Miss Texas Teen pageant later that year which I totally bombed, by the way!! After Miss Texas Teen, I decided pageants were not for me. A fun experience but I preferred to be on the lake or at the beach surfing. Fast forward seven years, and I get a phone call from a girlfriend of mine asking me if I was at all interested in competing in the Miss Texas US pageant. The pageant, she told me, was the next weekend. Anyone in their right mind would have said thanks but no thanks. However, I like spontaneity so I figured, why not?! Five days later I was in a car packed to the ceiling with borrowed dresses, shoes, swimsuits and cosmetics! I would never have thought I would have taken home the crown and gone on to win Miss United States!! I was able to fulfill my goal of showing girls you don’t have to be a “barbie” to wear a beautiful crown and represent your country! Being genuine and authentic is the best and most beautiful thing a person can do. It’s magnetic!

What did you like most about pageantry and what was the most difficult thing?
I loved the butterflies in my stomach before stepping on stage, the challenge of the interview questions, the girls, the competition…all of it! Many people think all you have to do is walk on stage in a pretty gown. It’s far from that. It takes more than anyone can imagine to compete and be successful in pageantry.

Now, you did an 180 from beauty pageants and delving into the world of boxing and mixed martial arts! What in the world influenced you to start fighting?
One of my Miss United States sponsors, Onnit.com, had athletes of all kinds but mainly MMA fighters at the gym often. I started kickboxing solely to get in shape for the swimsuit competition of Miss United States, and I fell in love with it. While watching the UFC one night I realized there was a ground game of martial arts, where you don’t get hit in the face but you do get to choke people unconscious. Enter Brazilian Jiu Jitsu. After handing my crown over as Miss United States I signed up for my first BJJ class and made the announcement that I would then be turning my attention to combative sports. I wanted to blow society’s stereotypes of what women are able to do. My message was to prove this by giving myself the biggest challenge I could think of…fighting another person who wanted to take my head off.

Are you ever worried about injuring your beautiful face such as breaking a nose, black eyes etc?
To be honest, no, not really. Obviously, I want to do anything possible to prevent any sort of injury but ice goes a long way in this sport and you would be surprised how quickly your face can heal. After my first boxing match, you couldn’t even tell I was in a fight, and that’s not because I didn’t get hit in the face. I took some shots!!

What circuits have you fought on and what have your experiences been like so far?
I have fought in various Jiu Jitsu matches all under different organizations. My first boxing match was put on by Onnit in Austin Texas. My opponent was a veteran fighter with over 7 fights!! People always ask me why I chose someone with such a long record, and it’s because I didn’t want people to think I handpicked my opponent for an easy match. I wanted the added challenge, and I can tell you, it was the most fun and terrifying thing I have ever done! I’m already planning my next match which will be an action-packed kickboxing match later this year.

I’m imagining it’s super intimidating for guys to approach you given that you’re a double threat! You have looks AND hands that kill! What kind of guys get your attention?
I love guys that are confident, funny, sweet and a bit crazy!! And by crazy, I mean someone who loves to try extreme and terrifying things with me or at least supports my wildness. Let’s go shark diving, spearfishing, bull riding or chase tornados and then perhaps at the end of the day wind down with a glass of wine and good food (that he cooks;))

How should a man approach such a beautiful woman such as yourself? Please give us some tips!
I always like when a guy is straight up and funny. Like, bring up the fact that you are hitting on me and crack a joke. Keep it simple, keep it fun, keep it light.

We know you do fight training. What other types of training do you do to stay in shape?
I’m all about unconventional training and keeping things interesting. Some of the fitness equipment I use, people have never heard of like maces and club bells. I also find mobility and recovery to be among the most important things I can do for my body.

We know eating right comes hand in hand with training. What types of foods/meals do you eat to fuel your training and busy schedule?
I keep it simple. Earth Grown Nutrients. If it comes from the earth I eat it! Granted, I treat myself from time to time but I love grass fed meats, veggies, and bone broths!

Where can our viewers see you this year? What events will you be at?
I’m all over the place!! Definitely, come see me and some crazy fights at any of the GLORY kickboxing events that take place every month all over the globe!! If you can’t make it to any of those events, make sure to check out my new love, sex, and relationship podcast called Love Undressed which is launching later this month! Follow @miss2jits for updates and wild adventures!

In this article:Featured, Whitney Miller